Queen’s
Historic Visit to The Rock of Cashel 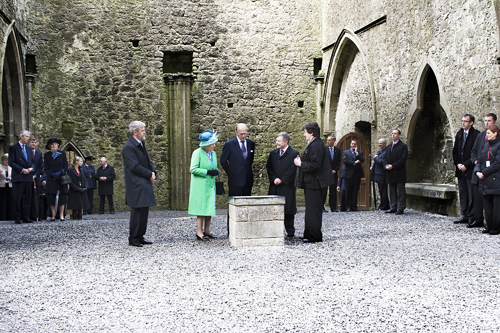 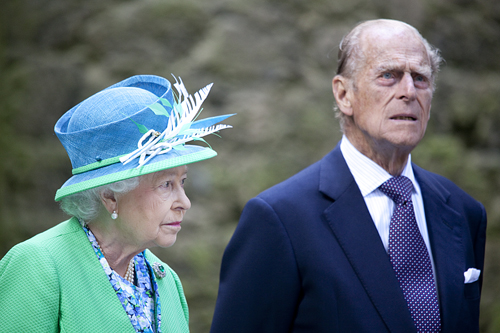 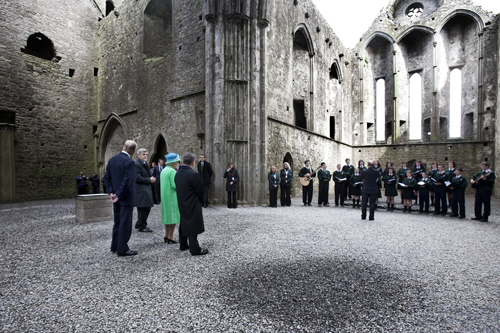 The Queen led her entourage on the brief walk across a grassy
pocket of the Golden Vale near Hore Abbey and then travelled by car the short
distance to the limestone outcrop known as the Rock where she was met by
Brendan Howlin, Minister for Public Expenditure and Reform.

She was shown a replica of a 12th century St Patrick’s Cross
before being led in to the cathedral accompanied by Minister of State Alan
Kelly and Dr Eugene Keane, from the Office of Public Works. Inside the
cathedral Aighleann O’Shaughnessy, senior conservation architect, spent a few
minutes in the south transept describing the architectural features and the
ongoing conservation.

“She was such a warm and responsive personality, she was clearly
very interested, they both were,” Ms O’Shaughnessy said afterwards. After being
shown the restoration of ancient wall paintings, the royal couple stood for a
few moments listening to the school choir.