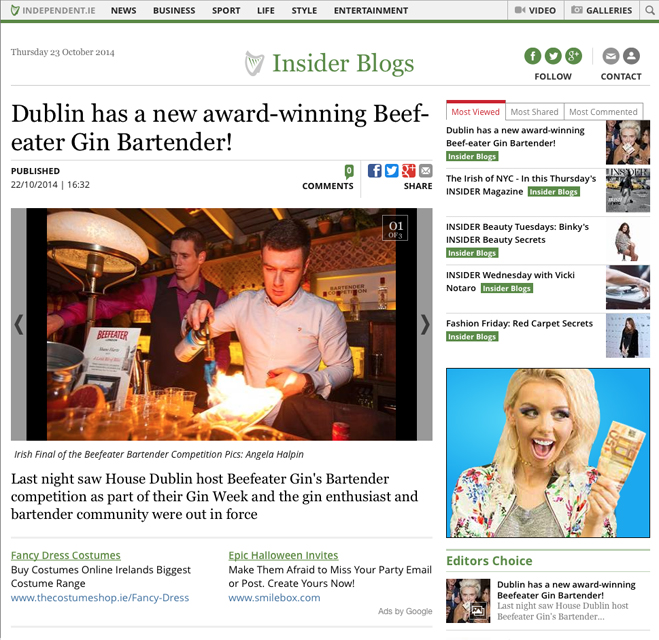 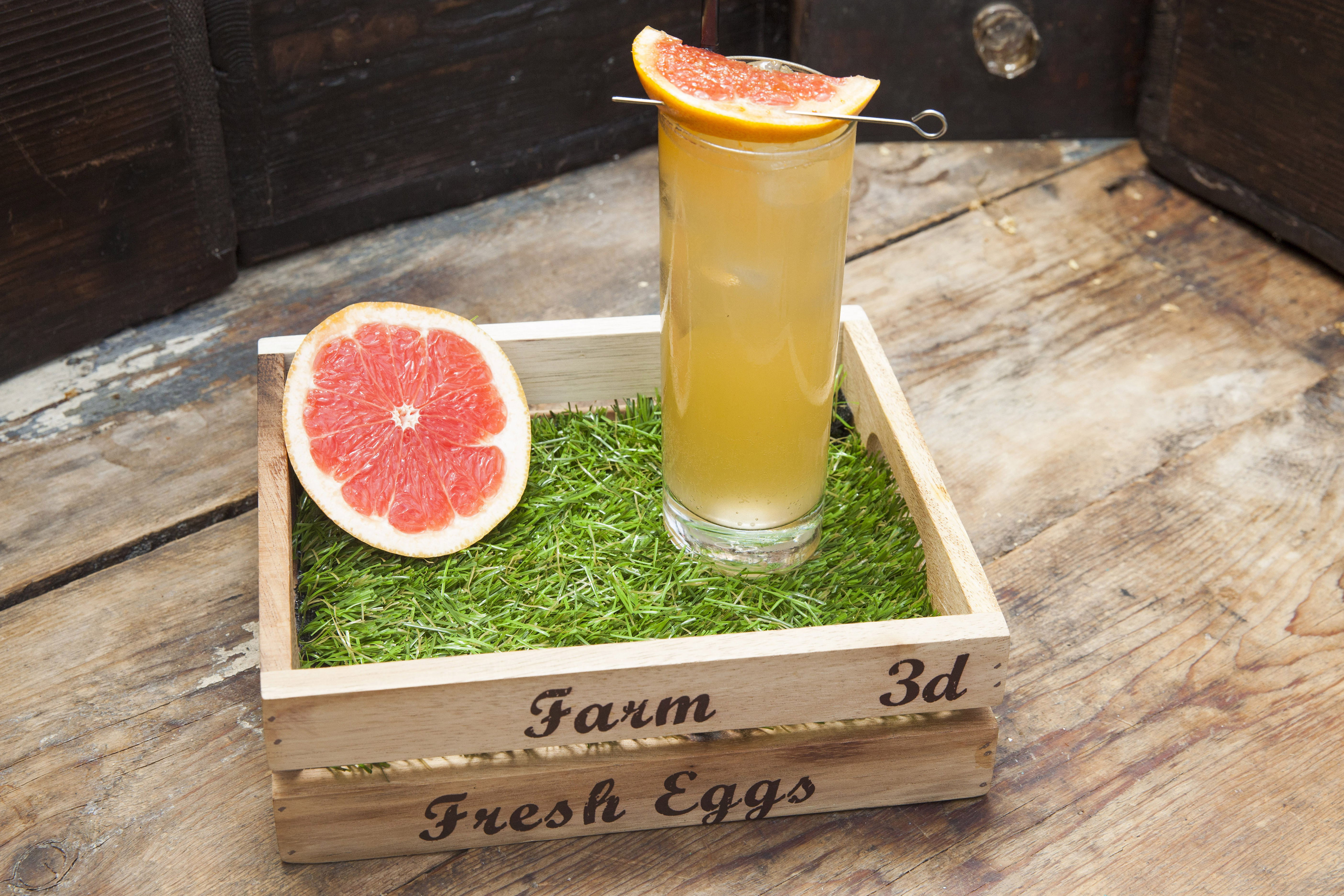 Last night saw House Dublin host Beefeater Gin’s Bartender competition as part of their Gin Week and the gin enthusiast and bartender community were out in force.

Over 21 bartenders from around Ireland entered the competition where they were asked to be “inspired by London”- the home of Beefeater Gin-  choosing an image, recipe and story that reflected their passion – ten were picked to take part in last night’s final.

The 10 finalists took station along the bar, decorating their area with props, inspirational images, dry ice- anything to bring their chosen cocktail and theme to life.

Attendees were supplied with a voting card from which they could choose the one cocktail they wanted to win and sampled each drink as bartenders explained in depth their story and recipe to win their hearts (and votes!).

Rising to the top, Shane Hart, a young 26 year old mixologist from one of Dublin’s best new bars  MVP (in Harold’s Cross), a straight-up, no frills pub that prides itself on some great cocktails won the top prize with his winning cocktail, “A Little Bit of Bliss”.

The award will see him  travel to London in January to compete with bartenders from around the world.

Fr Peter McVerry and Senator Averil Power pictured at the launch of a new education website for second level students and teachers on homelessness in Ireland. The site has been developed in conjunction with HMH an American Multinational in the Northside People 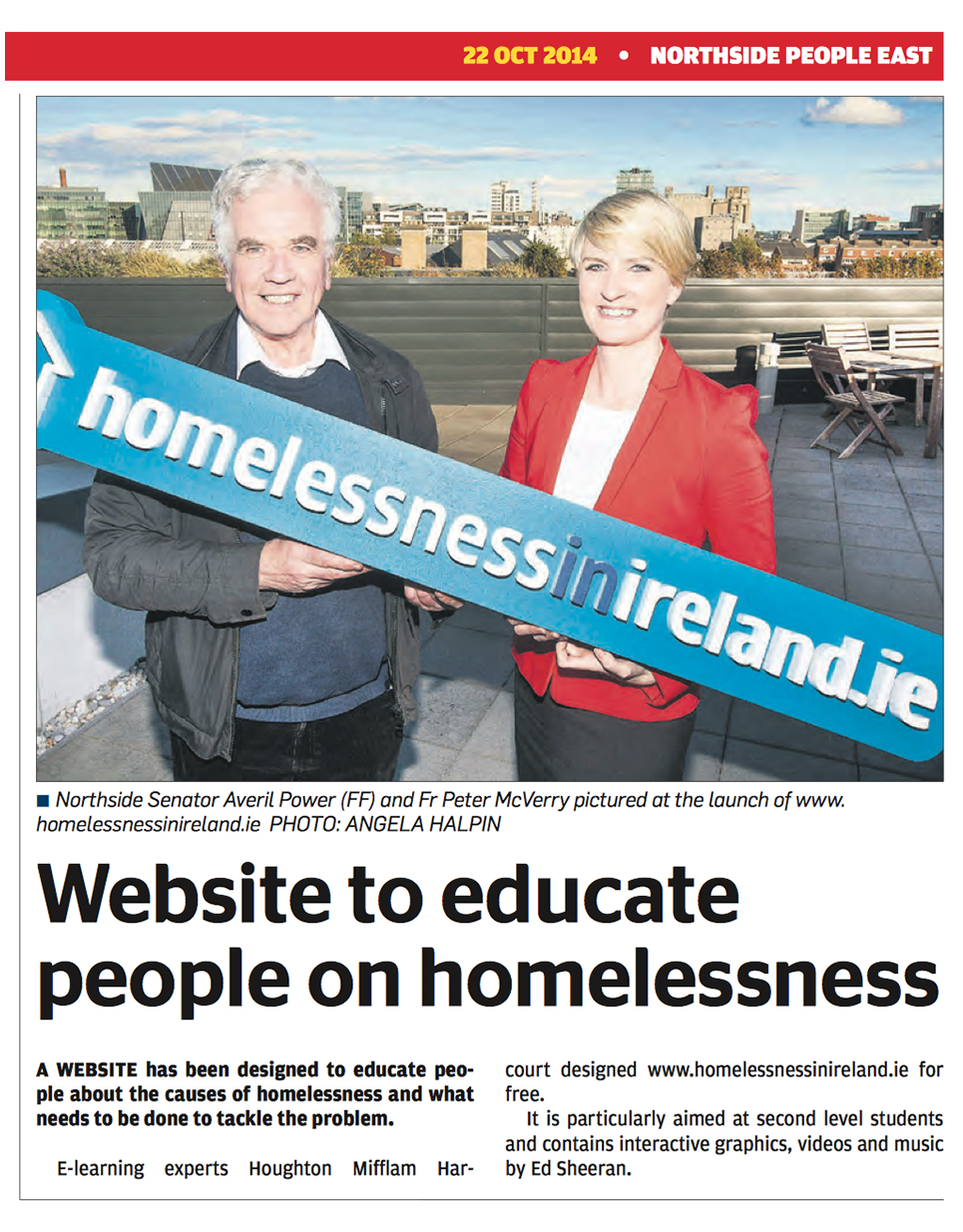 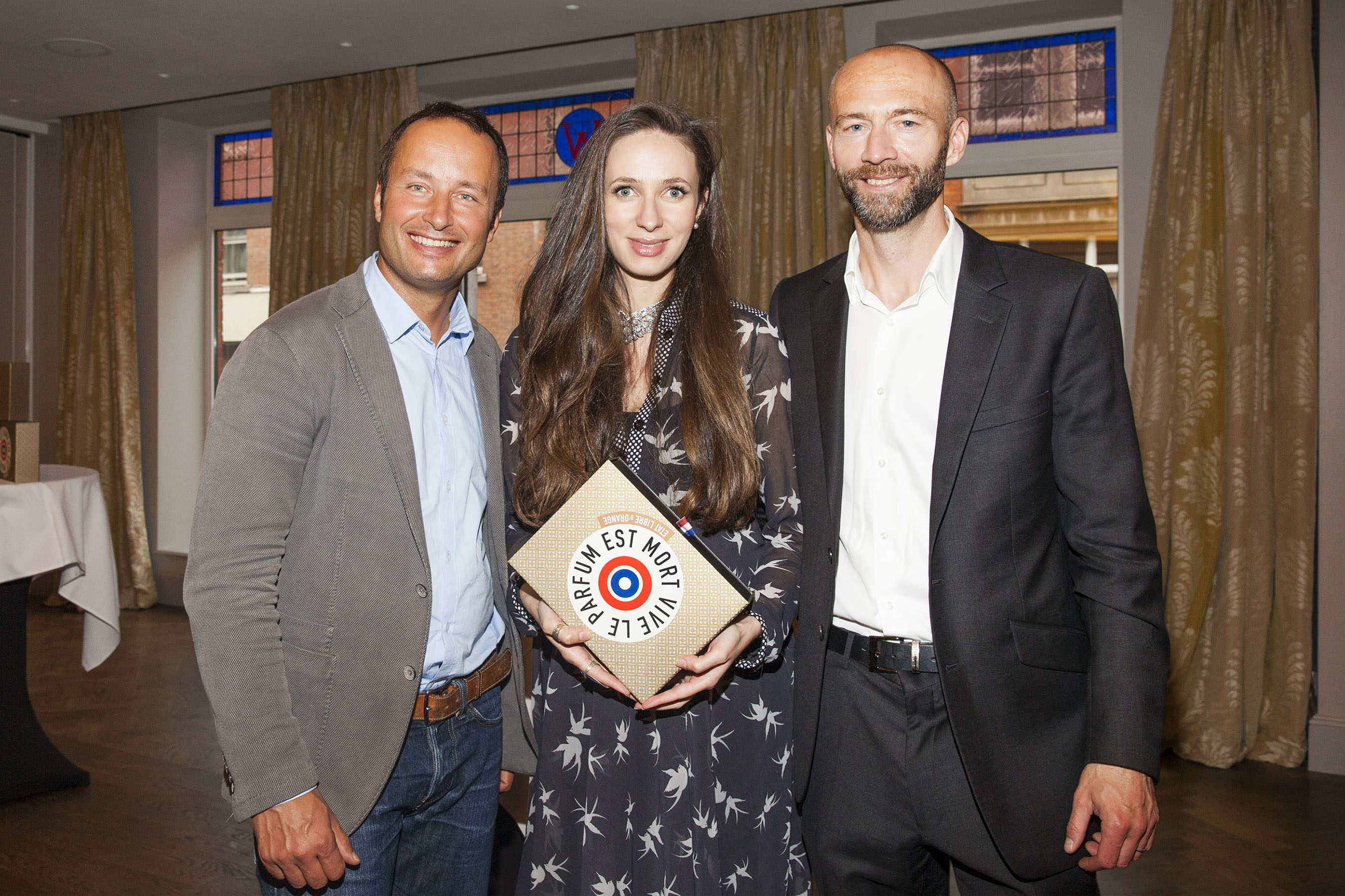 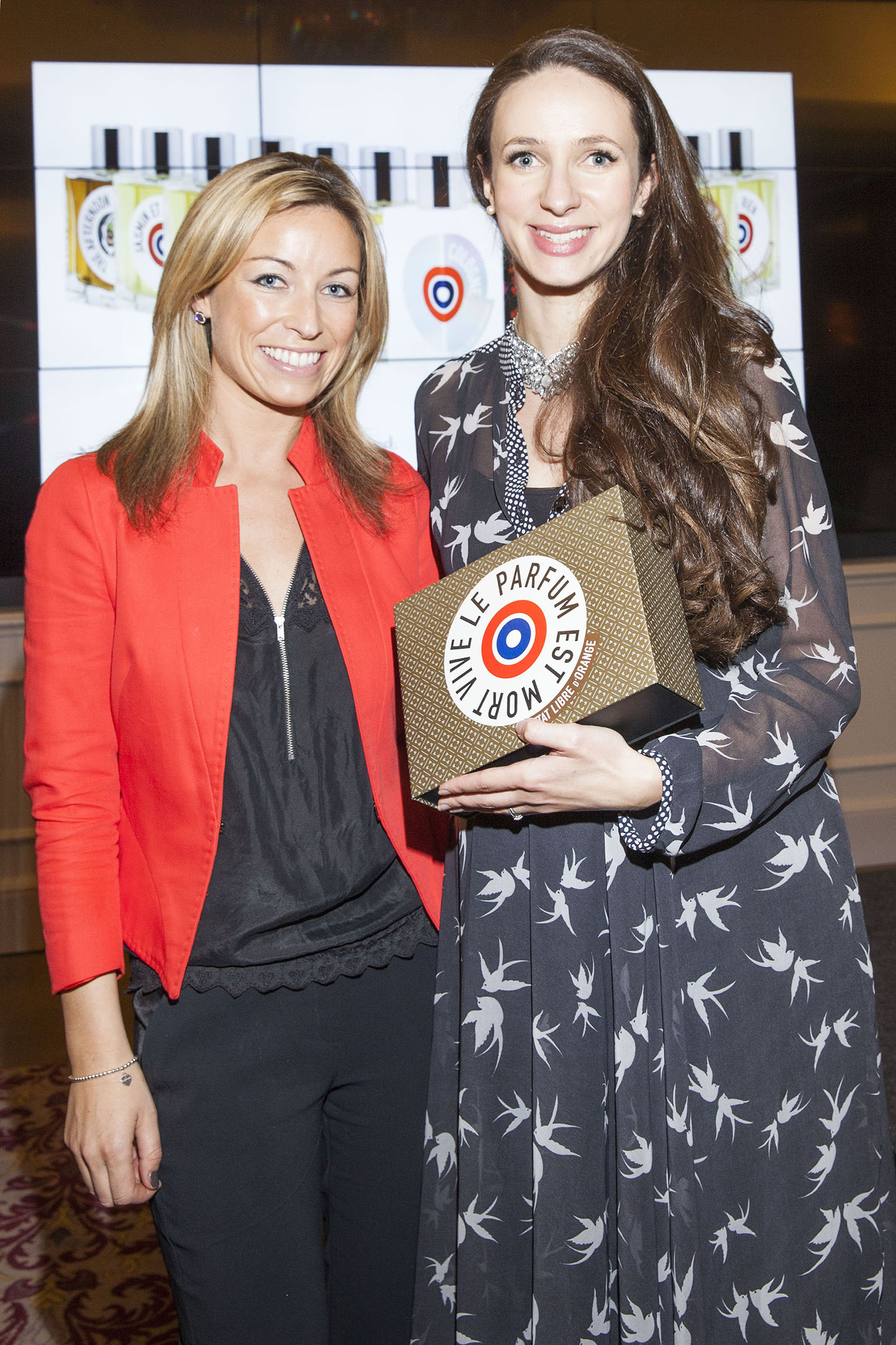 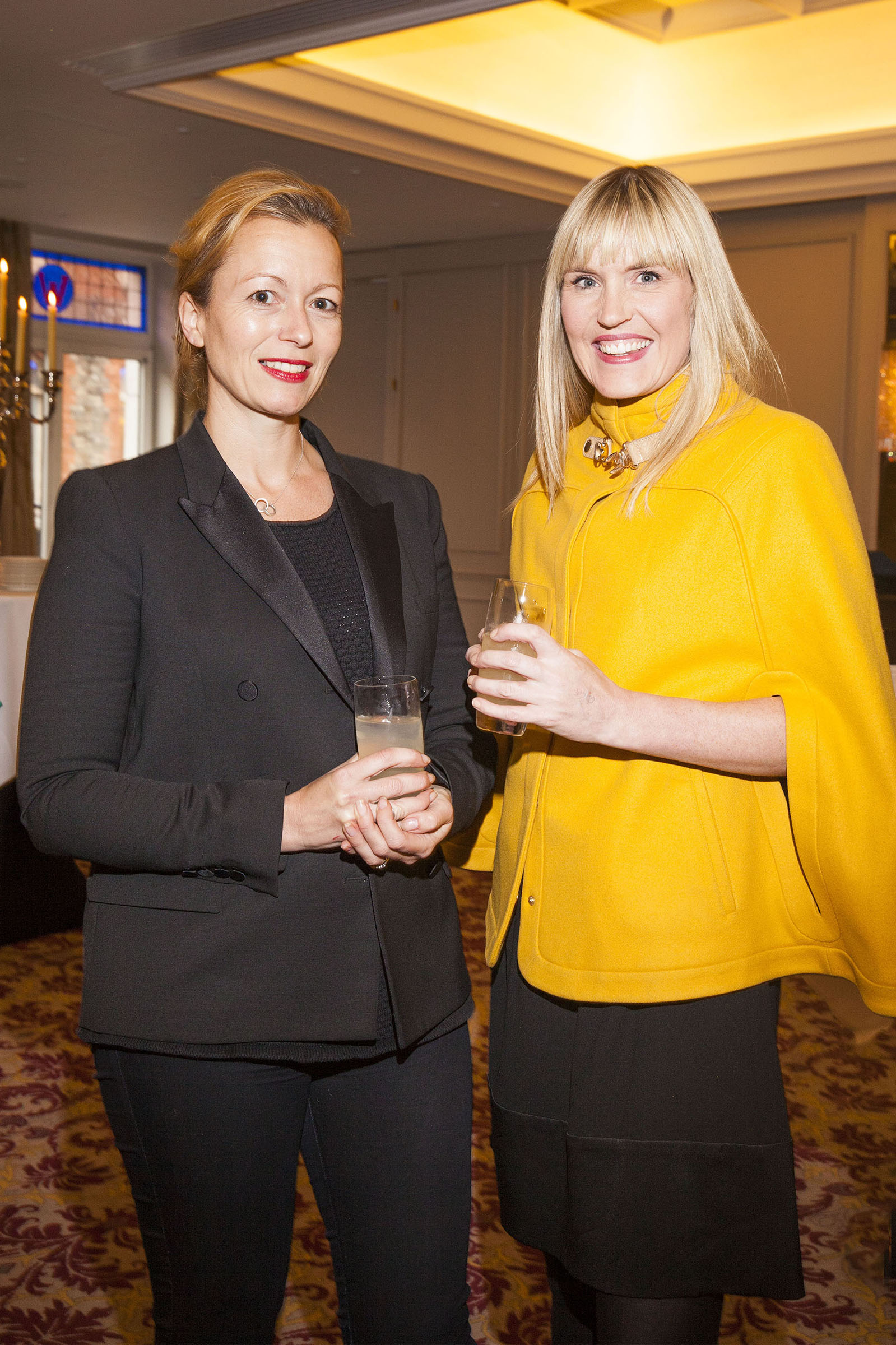